In 2010/2011 I was part of the team developing the Nintendo 3DS launch title “Cubic Ninja” and responsible (among other things) for the map file format, map editor features, 3D-UI placement (pathfinding) and in-game mini-map. 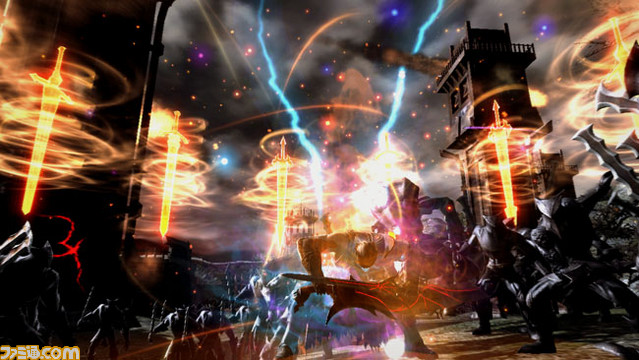 Titles that shipped with the system include: 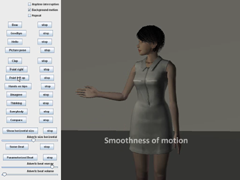 ”Humans are biased to treat computers like real people” (Reeves and Nass, ”The Media Equation”) may serve as a motivating thought behind the phenomenon of Embodied Conversational Agents (ECAs) being so popular a means to make human-computer interaction more similar to human-human interaction. An ECA user interface can display human-like emotions to give feedback on user actions and thus support complex affect-aware application frontends.

An animation challenge thereby is to synthesize highly natural co-verbal gesture motion in realtime with direct and immediate control on it’s expressiveness. These issues are addressed by my Diploma Thesis Work, an extension to the ECA animation engine used for MPML3D-controlled Virtual Agents at the National Institute of Informatics (NII) Tokyo. Watch the video for a demonstration of the implemented features of Motion Parametrization, Anytime Interruptibility and Secondary Body Motion.

This work has been supported by and conducted at the NII Tokyo and further supported by the Japan Society for the Promotion of Science (JSPS) and the German Academic Exchange Service (DAAD).

Trees sway in the wind, leaves flutter. A feasible, simple phenomenon. But what if the wind fails us? Making branches move as if there was wind is not simple thing to do.
Did you ever try to explain to a tree how to move it’s twigs in order to make it look like there was wind? I did it. You just need digital trees, some wind in your computer, and loads of coffee.

For it’s my student research paper, there is not only the application this time, but also the theory. The thesis paper and the visualization tool SwayingTrees:

Trees have a force in their growth that can break apart pavement and walls of concrete. A menacing thing to watch, wasn’t it that imperceptible slow. Played with
time-lapse however it gets scary, as one can see in films like Sleepy Hollow. Or interactive, as in the visualisation “Growing Tree”.

This is a short virtual Haiku regarding holiday traffic in the summer season. This interactive environment poses the task to .. well: Of course You want to get to the beach! Yet there is a road between You and the beach chair. Densely frequented by cars and not driver friendly enough to let You cross. Have a
look around, use the power of the tides and you’ll finally get to Your place in the sun.

“Beach Ho !”
is based on VRML and can be played with a viewers or browser plugins for X3D and WRL, a variety of which can be found on the for the Web3D consortium site .

The project work was put up in 2002 for the lecture Application Systems for Multimedia at the Freie Universität Berlin.